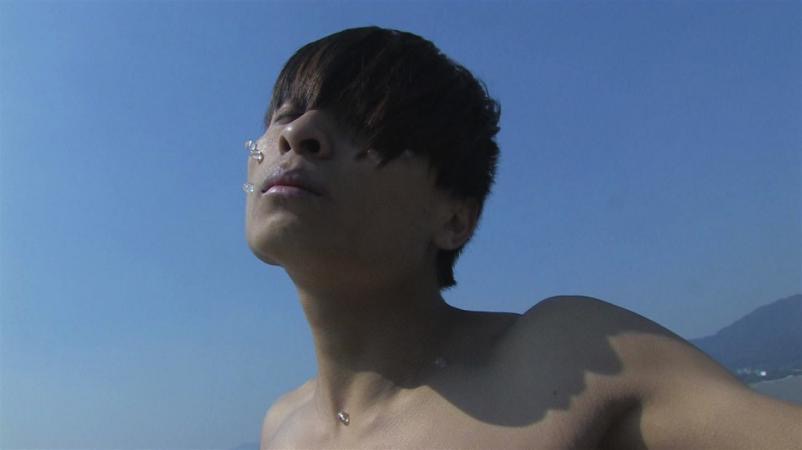 Through alternating music and the repetitive sound of gentle waves lapping the shore, the video begins with a long shot