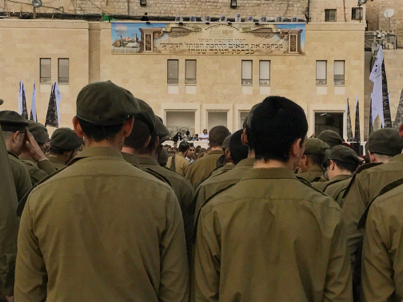 The Jerusalem work is narrated in Chinese and Hebrew, it tells a story with the central theme of ‘the self’. The title of the work is a direct reference to the short story Diary of a Madman by one of China’s founding modernist authors Lu Xun (1881 – 1936), which was narrated in first-person and arranged as dairy entries. It tells the story of a mentally inadequate man who believes that all those around him have become cannibalistic, plotting to prey on him. Similarly, in Cheng’s work, first-person narrative and a profound sense of loss, alienation, and madness run throughout its course.